With some 400 people working at the Swann-Morton site, good internal communications are essential. Mobile phones are banned in the factory because of the dangers of distraction, and the company continues to rely on fixed telephones.
But the on-site paging system, first introduced in the 1990s and refreshed a decade later, was reaching the end of its life. The original provider had gone out of busi-ness and it was becoming impossible to obtain spare parts and replacement items.

«The Swissphone solution has definitely benefited us over the old system, and it has allowed for a lot of future- proofing with for example the planning and installation of a defibrillation  system that works with the paging  system to ensure the rapid response of staff members when needed. It allows us to make a lot more improvements and make everyday life more effective.»
Charlie Cunningham, IT Engineer at the factory.

To upgrade and future-proof the system, Swann-Morton called in Swissphone to review its needs and propose an appropriate solution. A main requirement was to change the workings of the system as little as possible, to avoid causing confusion and disruption. But another important consideration was the need for a lone-worker protection capability to cover certain areas of the company where two-members of staff who may at times be separated from one another. «That was a trigger point», comments Mr Cunningham. «There are certain areas of the factory which run 24/7, so we have people coming in at six and then working until six, but only two people are on site at that time. In case of an accident, a member of staff needs to be alerted.»

«They’ve all just been overwhelmed with
how loud the s.QUAD are, how clear
the display is and how useful the LED
is in conditions where it’s quite dark.»
Charlie Cunningham, IT Engineer at the factory.

With Swissphone’s solution, Swann-Morton was able to continue using its existing stock of POCSAG-based alphanumeric message pagers, thus trimming significantly the cost of the upgrade. But at the same time, Swissphone added two new pager types – the s.QUAD X15, whose loud alarm makes it ideal for the factory’s many noisy environments, such as its Grinding Department; and for lone workers, the TRIO two-way terminals, which provides position determination and ‹man down› detection, and can send emergency alarms via a return channel. In all, some 100 users are currently on the paging system, but there are already plans to add more Operating behind the scenes in the new system are Swissphone’s i.SEARCH alarm server, its web-based SOS emergency call platform and a set of beacon transmitters which supply in-building location data for the TRIO terminals in four critical areas of the site. Each one is programmed for its location – the Finished Goods area is an example – so that the source of an alarm is automatically identified. The alarm server can then immediately send a call-out to the factory’s first-aiders. Battery backup protects the paging installation so that it will continue to work in the event of power failure.

Change but no change

To send a normal alert to a pager user, the caller first dials a dedicated telephone extension, which is 7. They then hear a confirmation tone to indicate that he has reached the paging system. Lastly they key a two-digit pager number followed by three digits for the extension number which the recipient is being asked to call. «Then, say, pager number 54 will receive a message saying, ‹Please call Extension 123›», says Mr Cunningham. «The message appears on the pager in that format.»
This procedure is unaltered from the old system – and indeed a key factor in securing acceptance for the upgrade was to make it mimic the old one as closely as possible.  However, messages can also be sent out now via the Swissphone Web client. At present this facility is used only by the receptionist – typically, to alert members of staff to visitors on site or to warn that the fire alarms are being tested – but its role could be easily be expanded in the future. Demonstrating to the receptionist the functions of her slightly altered user interface was almost the only training required when the new installation went live. However, one change which has definitely been noticed by users at Swann-Morton is the arrival of the s.QUAD, a pager based on Swissphone’s extensive experience in systems for public safety forces. «They’ve all just been overwhelmed with how loud they are, how clear the display is and how useful the LED is in conditions where it’s quite dark», Charlie Cunningham reports.
Assessing the upgrade as a whole, he adds: «It has definitely benefited us over the old system, and it has allowed for a lot more future-proofing like I’ve mentioned, with for example the planning and installation of a defibrillation system that works with the paging system to ensure the rapid response of staff members when needed. It allows us to make a lot more improvements and make every-day life more effective. There’s a lot more opportunities to work with and a lot more routes to go down with the paging system.»

Swissphone Partner and a UK Agent

Pagers Direct, who are based in Northamptonshire, have been a trusted Swissphone UK Agent for a num-ber of years and has some 30 years in the communica-tions sector. Pagers Direct, came to Swissphone with the opportunity of upgrading and enhancing the paging system and lone worker capability within Swann  Morton. With Pagers Direct extensive knowledge and capabilities of delivering complex solutions & paging systems within demanding environments, Pagers  Direct knew from the offset that Swann Morton needed a Swissphone solution to provide all the required functionality. 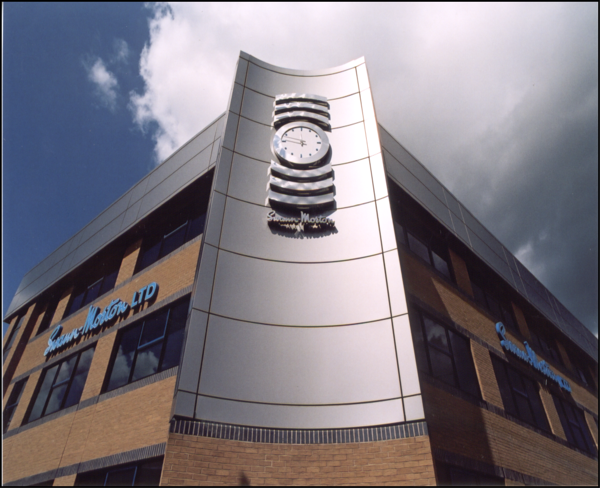