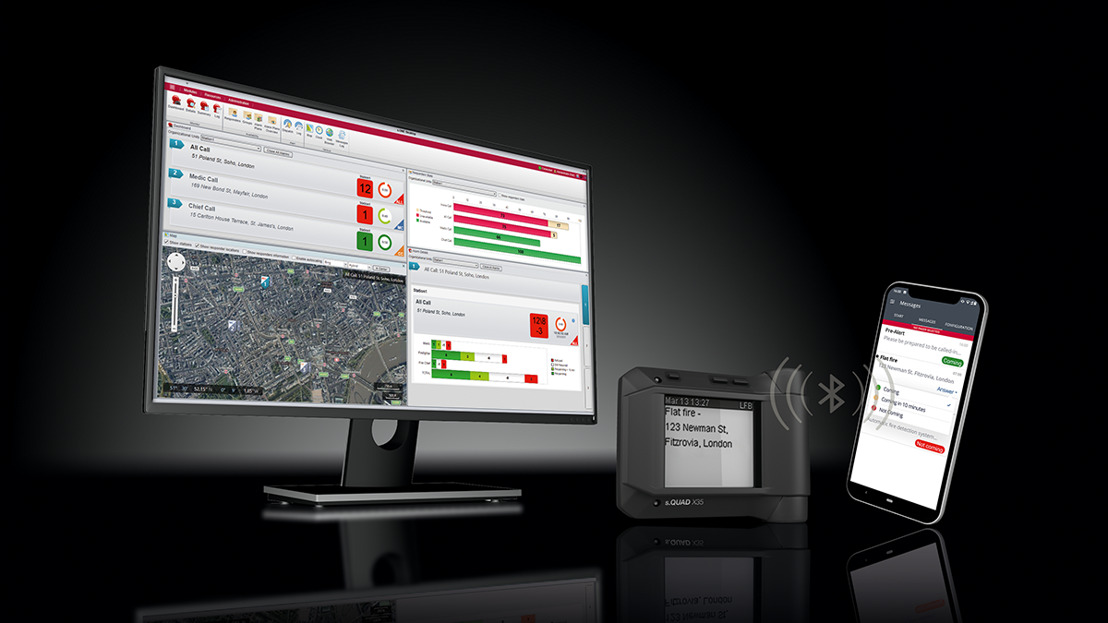 The s.ONE app is ideal for organisations that want to offer their users the convenience of an alerting app alongside reliable and secure alerting with pagers. Thanks to the s.ONE app all s.QUAD pagers, regardless of their year of manufacture, become two-way capable: This is made possible by the integrated BLE interface in each device and the coupling with a standard smartphone, providing the following new features:

The hybrid alarm and feedback capability offer the following advantages for the wider organisation, local management, and individual first responders:

Second screen on your smartphone

In addition to the s.QUAD pager upgrade, organisations can offer to their first responders the convenience of an alerting app. Going forward, receiving and responding to messages, and changing one’s availability status can be carried out on the s.ONE app as well as on the pager - when the two are connected. This maintains an alerting process which is highly reliable, respecting information privacy concerns.

Introducing this new two-way solution with s.ONE and the s.ONE app, Swissphone is offering a launch promotion until the end of March 2021. The promotion is valid for the purchase of the following two-way devices:

Please contact your Swissphone office or local dealer for details.

How to test the s.ONE app?

Swissphone will give you the opportunity to test the new two-way solution and the s.ONE app, with the s.ONE platform, free of charge (free license for a period of 3 months).

The s.ONE app is supported from Android version 5.1.1. and IOS version 11 or higher.